So, here it is. I am laying this question and answer right out on the line. Especially now that we are coming to the year-end giving season.

I am asked time and time again, “Didn’t we just mail to them, won’t we be bothering them?”

No, no, and no. You can never ask enough.

Let’s face it. The decision isn’t ours to make. It isn’t. It is the donor’s decision to make. Only they are going to tell you, how much is too much. In most cases, if you are only asking once or twice a year, aren’t you telling them that you don’t need the donations to make a go of it? Donors aren’t naive. They know that you are a non-profit, and they know that you need donations to run your organization. Why do we believe that we must lightly tread when it comes to asking?

Donors are busy people. Just because they didn’t respond to your initial mailing, doesn’t mean that they don’t want to give to support you. In major gift work, if we don’t get the gift right away during our meeting – and in most cases, we don’t – we explore with the donor the reason for hesitation. Was it the program we were asking for a contribution? Was it the ask amount itself? Was it the timing of the ask? Why do we think that this is any different for the number of times we should mail to a donor? Perhaps the reason that they didn’t respond to your initial mailing is that it wasn’t an ask for the right project or the right amount, or it wasn’t the right timing. Maybe they had a big bill just come in that they needed to tend to or perhaps they were on vacation when the letter arrived in your mailbox. But, we won’t know this if we only mail to them once and then assume the donor will never give again.

And, I often hear clients question whether or not they should include a reply envelope in their newsletter because they just sent out an “ask.” Of course, you put an envelope in your newsletter. This envelope is a “soft” ask. Donors may feel so inspired to give after reading about your good works in your newsletter that they may want to give to support your work. How else will you capture this? And, a “soft” ask is exactly that, “soft.” We are not commanding, directing, or cajoling a donor into giving. If they choose to give using this method, then it is their choice.

Case in point, I asked a client to send out a second direct mail ask to follow up on all those who did not give to the first. And, lo and behold, the response has been tremendous. So enormous, in fact, that the client wrote back and said, “The results have been pretty unbelievable for us, believe me!

As we move forward into the upcoming holiday giving season, think about your strategy. You will be competing with every other nonprofit group who is sending out their calendar year-end direct mail piece at the same time. The competition will be stiff. How are you going to stand out? How are you going to assure that your donors will read your letter among all of the other letters? And, what is your strategy for follow-up? Will you ask more than once? What forms will that “ask” take? How will you leverage the December 31 tax deadline as an incentive to give?

I know one thing is for sure, this calendar year-end, if you only ask once, you are doing your donors an injustice. They want to give, and they want to give to you. But, your ask must be heard and, that it is the right ask, for the right project, at the right time. 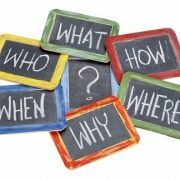 Yep, the Board does have a role in a capital campaign!

Fundraising audits inside and out

Oh, the woes of a nonprofit fundraising database!

Fundraising in the trenches, getting out of your funk!
0 replies

Holy cow, fifty shades of fundraising consulting, which do you prefer?

OORAH – What the Marines taught me about fundraising
Scroll to top

Fill out this form to sign up for our email newsletter.